How to Get Marijuana Out Of Your System Fast

Home > How to Get Marijuana Out Of Your System Fast 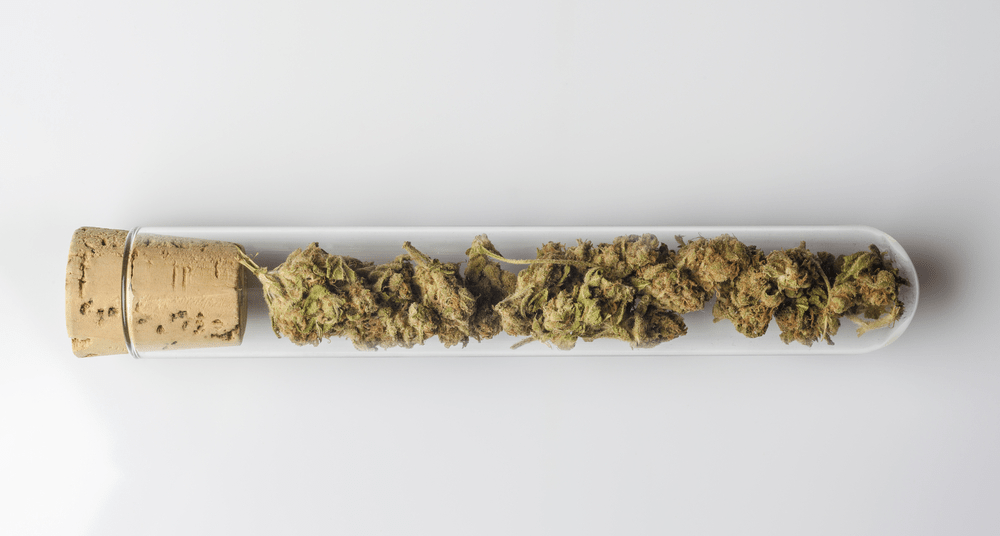 How to Get Marijuana Out Of Your System Fast

If you have a drug test coming up, you’ll need to know how to get marijuana out of your system fast. Some workplaces carry out drug testing on employees using urinalysis. If you get caught smoking too much pot, it can affect your career. Other situations where you might get drug tested are if you’re in the military, an athlete or in school.

How Long Does Marijuana Stay In Your System?

First of all, you need to consider how much marijuana is actually in your system.

Generally, it’s the THC metabolites that get you high. This is also what drug tests identify. Whenever you smoke, vape or consume marijuana, you’ll have THC in your system for a certain amount of time.

THC can stay in your system for a while if you’re a frequent smoker. A 2012 study on the Chemistry, Metabolism, and Toxicology of Cannabis found that the half-life of THC is 1.3 days for infrequent users. This rises to 5-13 days for regular users. That means you might have to wait 3 days to around a month to flush marijuana out of your system completely.

Another study found that you excrete around 80−90% of THC from your system within five days. Some people speed this process up by drinking a lot of water or using diuretics.

The length of time marijuana stays in your system also depends on your body and metabolism. Those who stay in good shape and have a fast metabolism are more likely to flush THC out fast. Cannabinoids often bind to fat cells, so those with slow metabolisms will have a harder time reducing THC levels in their system.

How Long After Smoking Can You Pass A Drug Test?

Having leftover traces of marijuana in your system isn’t much of a problem- unless you have a drug test coming up, that is. Whether you pass can depend on a few things, including the type of test and what you’ve done to reduce your THC levels.

Here are the different types of drug tests and how long it takes to pass them after smoking.

In short, you could pass a drug test within 24 hours or be caught after a month depending on the type of test and how much you smoke. However, there are ways to reduce your THC levels and improve your chances of passing.

Drink Water To Flush Out Marijuana

If you have a test coming up fast, one of the best ways to mask the marijuana in your system is by drinking water and using vitamin B12.

Drinking a lot of water in the days coming up to your test will make you urinate more, helping you flush more THC out of your system. Drinking a couple of liters on the day of your test will help make your urine more marijuana-clear.

However, having a clear stream will make drug testers suspicious. Therefore, it helps to add a few other ingredients.

Many people take around 50mg of Vitamin B-2 or B-12 with their water on the day of their test. You can usually find these at your local pharmacy or health store. B Vitamins turn your pee yellow, which will raise less suspicion of intentional dilution and help you pass your test.

Taking creatine is also helpful as it gets flushed out of your urine. This will help to mask any marijuana and help you pass your test. It’s also helpful to not put the beginning or end of your urine stream in your sample- this is generally where the most THC is found.

These usually consist of drinks that help you mask marijuana in your urine. Some also contain pills to help.

Many use the same method of water, vitamins, and creatine. However, the advantage is they’ll give you all of these in the right amount, making things more convenient. Most also come with urine testing strips. These allow you to test whether you’re ready to pass a drug test or whether you need to keep working on it.

Another way to get marijuana out of your system fast is by taking diuretics. These are pills which will cause you to excrete more. Since research shows that 65% of marijuana metabolites are excreted via your feces and 20% via urination, diuretics will help speed this process up.

You can find over-the-counter diuretics. However, stronger prescription diuretics are usually better for the job. Either way, take these in the days leading up to your test in order to excrete as much marijuana out of your system as possible.

This is useful when combined with the water/B vitamin method. You’ll flush a lot of marijuana out and can easily mask the rest via dilution.

One method many marijuana users swear by is drinking cranberry juice. You can get it at your local grocery store for cheap and it can be helpful in flushing marijuana out of your system.

The main benefit of cranberry juice is that it’s a natural diuretic. Not only will it help dilute your urine, but it also helps flush more marijuana metabolites out. It’s also a powerful anti-oxidant so it’s ideal for detoxing your body.

Make sure you don’t drink too much of this. Too much cranberry juice can raise the PH levels in your body and raise flags on your test. However, a little here and there can help.

If you have weeks until your drug test or you’re trying to detox over time, exercise is a great method. You can boost your metabolism and eventually get rid of all the THC in your system. You’ll also reduce fat cells, leading your body to store fewer cannabinoids.

Over time, a higher metabolism and less fat mass will result in less marijuana in your system. However, this is better used as a long-term method instead of a way to get it out your system fast.

A healthy, metabolism-boosting diet can help you detox your system and get marijuana out. This is another method that’s better when used over a longer time rather than in the short term. However, there are a few dietary changes that can help you with flushing out THC fast.

Eating plenty of fiber will speed up your digestive system. As you can imagine, this helps with extra excretion, helping you flush out marijuana and detox your body faster.

You should also avoid sugar and sodium. These can lead to more water retention, which isn’t great when you’re trying to flush more marijuana out. Cut out things like sugary drinks and salty junk foods in the days leading up to your test. Focus on metabolism-boosting foods and drinks like vegetables, lean protein, green tea, and cranberry juice.

Some tests are harder than others, but there are plenty of methods to help you pass. If you detox your body with healthy foods, cranberry juice, and plenty of water along with B vitamins and creatine, you’ll reduce marijuana in your system fast.

Getting urine testing kits is one of the best things you can do. That way, you can test yourself before going into a drug test. You’ll also get a better idea of what works best for your body. If you know you have a test coming up, stop smoking marijuana for the time being and focus on passing. 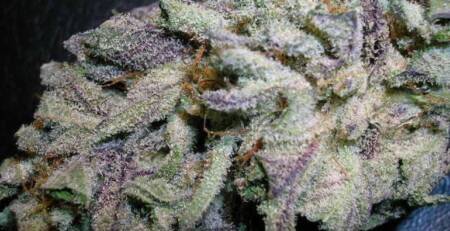 100 Weed Strains to Try Before You Die

Think you’re a real cannabis connoisseur? Tell us how many of these strains you’ve tried. We’ve put together the... read more 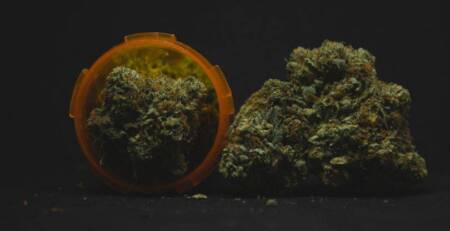 With marijuana now legal for adults to buy and smoke across Canada, there are many strains to choose from.... read more 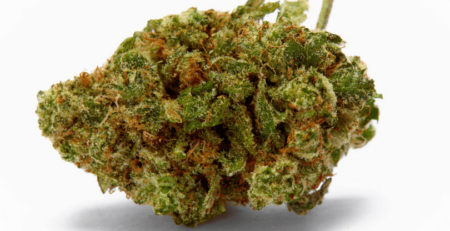 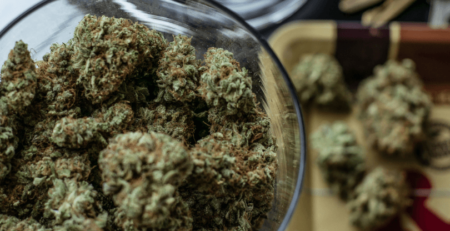 If you want an indica-dominant hybrid that’ll ease your body with relaxing effects without being too overwhelming, Rockstar is... read more 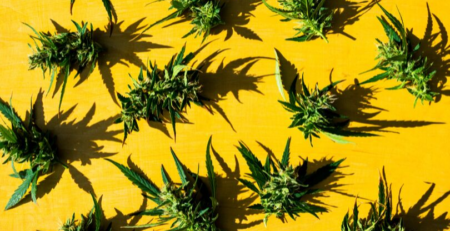 Cannabis Sativa Vs Indica: Is There a Difference?

The world of cannabis and marijuana has a lot more going on than you might think. Before you consume... read more 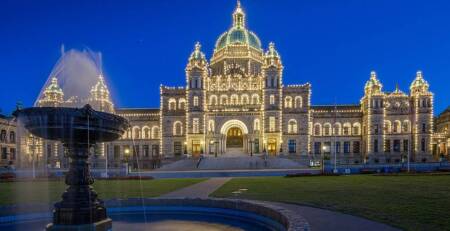 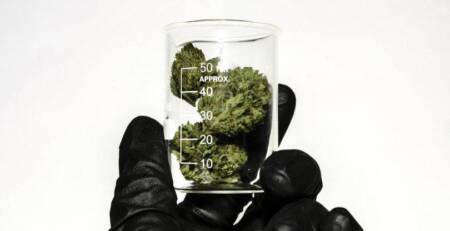 9 Ways to Detox From Weed

So you need a break from weed. Maybe you have a family vacation coming up and you know you... read more 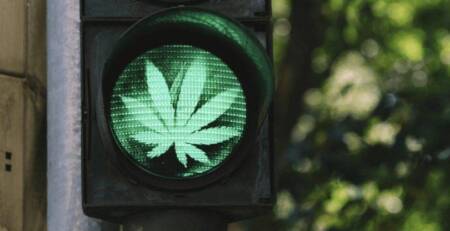 The legalization of cannabis has opened up many doors for Canadians who want to experiment with marijuana and other... read more 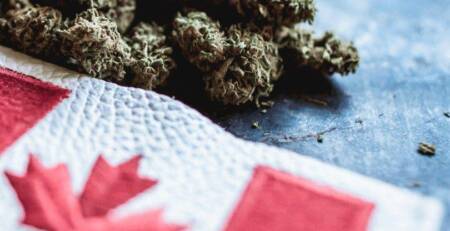 Canada became one of the first countries in the world to legalize marijuana for many reasons. A lot of... read more 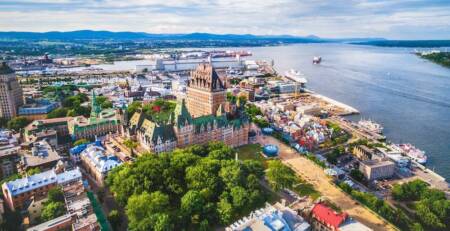 It’s no secret that Quebecers celebrate their weed. Whether you’re a recreational weed smoker or a medicinal weed consumer,... read more