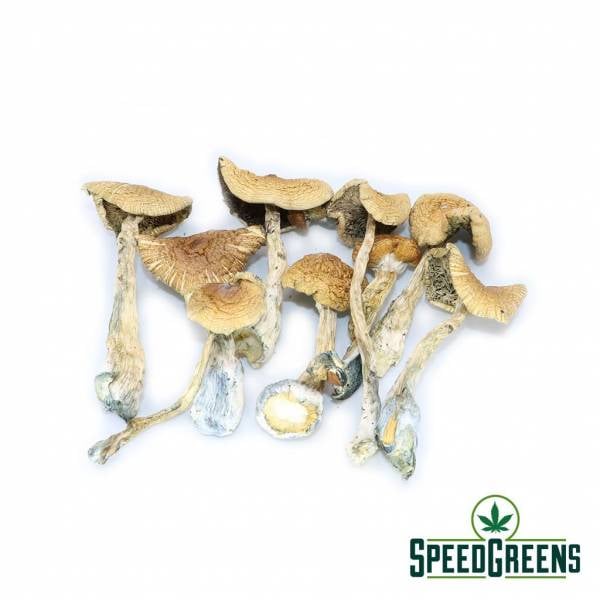 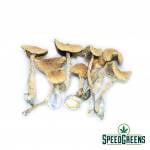 Golden Teacher mushrooms, also known as a strain of Psilocybe cubensis,  is among the most popular psychedelic fungi, highly sought by shroomers and growers alike. There are a lot of many things about the Golden Teacher shrooms which contribute to their popularity.

Golden Teachers are also lauded for their spiritual and/or shamanic effects, this shroom isn’t just for casual tripping. It can also be used for gaining new insight about yourself and the universe.  It’s not uncommon for the Golden Teacher shrooms to produce a feeling of enlightenment and a deeper connection to nature. Spirit healers turn to Golden teacher shrooms as tools for restoring the mind and spirit.

Finally, Golden Teachers also produce hallucinogenic effects – a trait common among all magic mushrooms. Expect a visionary experience along with waves of universal energy surging through you with strong open and closed eye hallucinations.  The name “Golden Teacher” derives from the gold-colored cap and thing stem along with the magic mushroom’s ability to teach by providing new psychedelic experiences and transcendence to the shroomers. There’s no education higher than unraveling the mysteries of the universe.

Effects begin between 10 to 40 minutes after ingestion and can last between 3 and 6 hours, depending on the dose and the individual. Like all tryptamines, psilocybes often cause what has been called “the mushroom yawns” which increase markedly as one begins to peak, however, the feeling in the rest of the body is energetic, not tired. Users can expect a wide variety of possible effects and sensations, from the mystical, euphoric and revelatory to the hyperspatial and mind-altering observational. At doses over 2 grams, some users report experiencing warping of the visual field, and Dali-esque melting objects, and other possible effects include time distortion, hallucinations both when eyes are closed or open, and synesthesia (i.e. “seeing” sounds and “feeling” colours). Remember to stay hydrated, especially if you’re outdoors or doing activities like dancing, and try sipping some honey ginger tea to counteract any possible nausea during the come-up. Do not use if pregnant and do not mix with other drugs or alcohol.

SKU: M-DM-GT Category: Out Of Stock