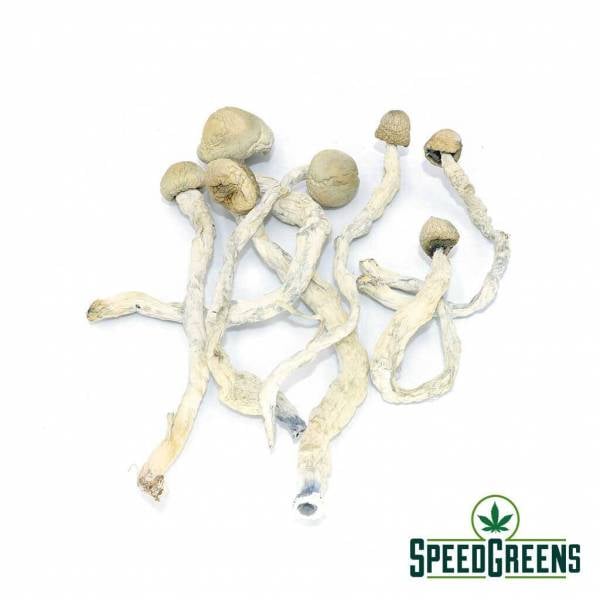 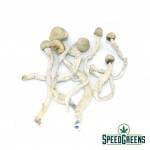 Penis Envy is one of the most rare and sought after Psilocybe Cubensis amongst hardcore psychonauts.

You might be asking yourself – “What is the Penis Envy Cubensis; what’s with the weird name?” The truth of the matter is simple. This psychedelic mushroom has the shape of a penis, no two ways about that. What you might not know is that this mushroom is among the most powerful ones in the world, in terms of its psychotropic potential. The word around town goes that the Penis Envy Cubensis was engineered by Terence McKenna, from the Psychonauts.

It has a thick and bulbous shaft, with a fleshy cap and a stalk that keeps on increasing in size, despite the opened cap. This mushroom is very dense, something very rarely seen in other Cubensis strains. This is a difficult mushroom to grow. While the spores look the same if you analyze them under the microscope, the production method is entirely different from other strains. Essentially, you can’t make any spore prints, and the only way to get your hands on Penis Envy Cubensis spores is through spore syringes.

There’s a good reason why the Penis Envy Cubensis is considered among the most powerful mushrooms in the world. The psychotropic effects are one of a kind because of the heightened potency. The physiological explanation for this simple – this mushroom has a much slower growth rate than other mushrooms. This allows for an increased psilocybin production from the spore stage to its adult stage.

Penis Envy Cubensis brings to bear a higher psychoactive potential than the vast majority of mushrooms. For this reason, you should carefully select the circumstances and moments when you use this mushroom. In larger doses, it will most certainly alter your consciousness, provoke hallucinations, and instill time-altering perceptions. The fractal visual stimuli will also temporarily impair your decision-making processes and overall awareness.

Effects begin between 10 to 40 minutes after ingestion and can last between 3 and 6 hours, depending on the dose and the individual.Like all tryptamines, psilocybes often cause what have been called “the mushroom yawns” which increase markedly as one begins to peak, however, the feeling in the rest of the body is energetic, not tired. Users can expect a wide variety of possible effects and sensations, from the mystical, euphoric and revelatory to the hyperspatial and mind-alteringly observational. At doses over 2 grams, some users report experiencing warping of the visual field, and Dali-esque melting objects, and other possible effects include time distortion, hallucinations both when eyes are closed or open and synesthesia (i.e. “seeing” sounds and “feeling” colours).Remember to stay hydrated, especially if you’re outdoors or doing activity like dancing, and try sipping some honey ginger tea to counteract any possible nausea during the come-up. Do not use if pregnant and do not mix with other drugs or alcohol.

SKU: M-DM-PE Category: Out Of Stock