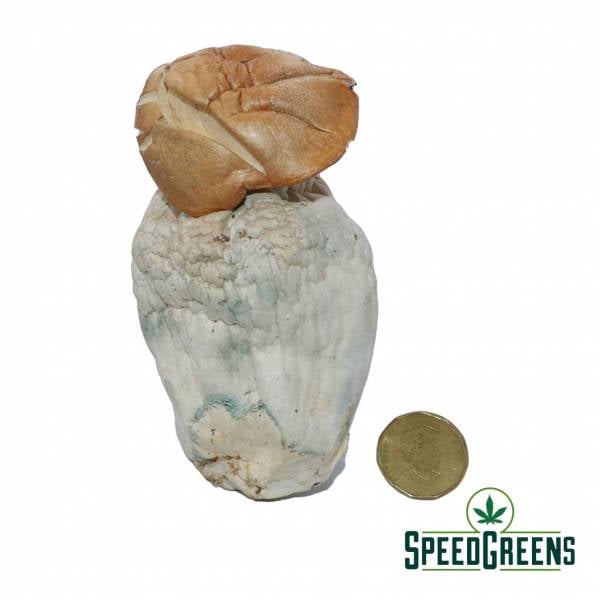 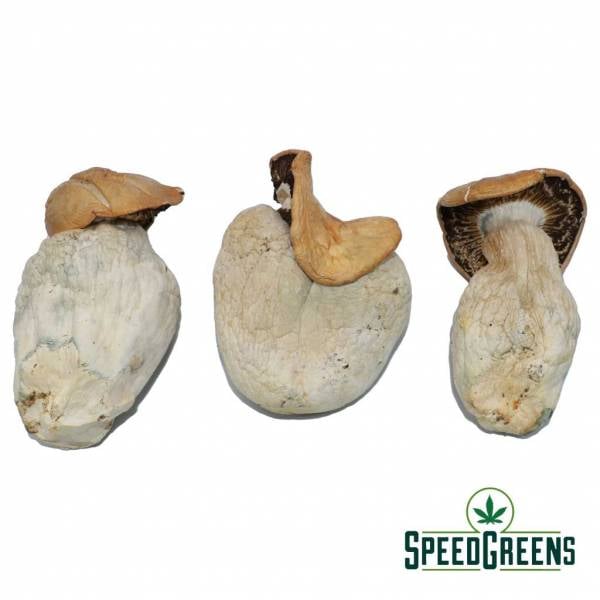 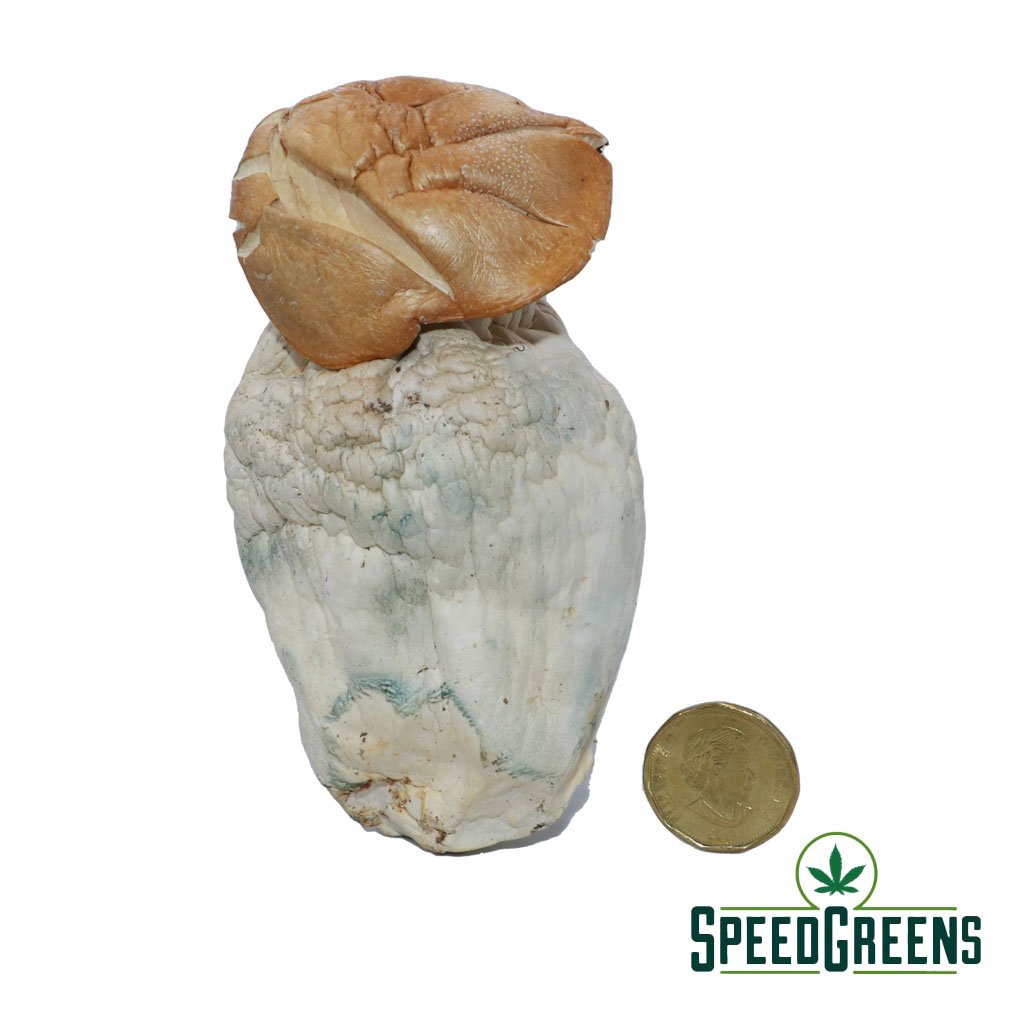 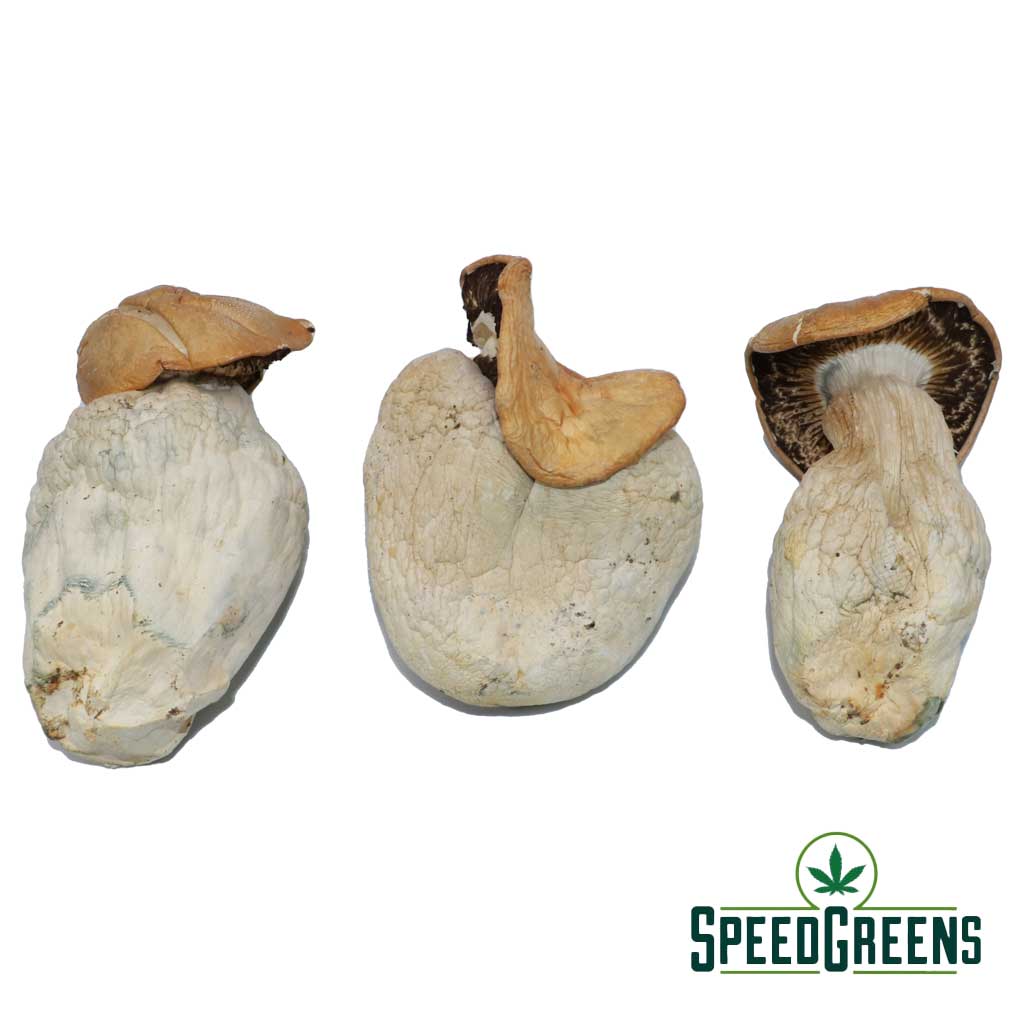 Penis Envy is one of the most rare and sought after Psilocybe Cubensis amongst hardcore psychonauts.

You might be asking yourself – “What is the Penis Envy Cubensis; what’s with the weird name?” The truth of the matter is simple. This psychedelic mushroom has the shape of a penis, no two ways about that. What you might not know is that this mushroom is among the most powerful ones in the world, in terms of its psychotropic potential. The word around town goes that the Penis Envy Cubensis was engineered by Terence McKenna, from the Psychonauts.

It has a thick and bulbous shaft, with a fleshy cap and a stalk that keeps on increasing in size, despite the opened cap. This mushroom is very dense, something very rarely seen in other Cubensis strains. This is a difficult mushroom to grow. While the spores look the same if you analyze them under the microscope, the production method is entirely different from other strains. Essentially, you can’t make any spore prints, and the only way to get your hands on Penis Envy Cubensis spores is through spore syringes.

There’s a good reason why the Penis Envy Cubensis is considered among the most powerful mushrooms in the world. The psychotropic effects are one of a kind because of the heightened potency. The physiological explanation for this simple – this mushroom has a much slower growth rate than other mushrooms. This allows for an increased psilocybin production from the spore stage to its adult stage.

Penis Envy Cubensis brings to bear a higher psychoactive potential than the vast majority of mushrooms. For this reason, you should carefully select the circumstances and moments when you use this mushroom. In larger doses, it will most certainly alter your consciousness, provoke hallucinations, and instill time-altering perceptions. The fractal visual stimuli will also temporarily impair your decision-making processes and overall awareness.

Full of delight for an unforgettable shrooms Canada experience

There’s no denying that this psychoactive fungus resembles a certain shape – a penis. These ones from our newest crop on November 17th are the biggest we have ever seen since we have been in the industry.  What you may not realize is that this mushroom is one of the most powerful in terms of psychoactive potential in the world. You can have this quality shroom and its benefits at Speed Greens!

The benefits of Penis Envy mushrooms to your system

Although not all Penis Envy mushrooms are hallucinogenic, fungi that contain psilocybin may be used to cure depression, pain, and other ailments. Magic mushroom health advantages can only be obtained by microdosing with dried shrooms or mushroom edibles. . This is a technique for lowering your recreational dosage from 1/20 to 1/10. You should keep track of any hallucinations you have to see whether it’s working. If you don’t, your microdosing is working. You can also increase your focus and ease into your mind with Penis Envy mushrooms.

Experience an all-new high with the Penis Envy mushrooms

There’s a reason the Penis Envy mushrooms are regarded as one of the most potent mushrooms on the planet. Because of the increased potency, the psychoactive effects are one-of-a-kind. This has a simple physiological explanation: this mushroom grows at a much slower rate than other mushrooms. From the spore stage to the adult stage, this allows for enhanced psilocybin production. It will very surely affect your awareness, cause hallucinations, and create time-altering illusions in larger doses. Your decision-making processes and overall awareness will be briefly impaired by a colorful visual experience.

Get to know more about Penis Envy mushrooms

It’s all in the strain and size; the Penis Envy has a signature thick cap

This may be self-evident, but the mushroom’s name comes from its resemblance to the male reproductive organ. These mushrooms have a bulbous cap that can split from the stem and appear large and thick. It features a large, bulbous shaft, a fleshy cap, and a stalk that continues to grow in size despite the open cap. For example, the Cubensis strain has a thick cap, which is uncommon in other Cubensis strains. This is a challenging fungus to cultivate. While the spores appear to be the same when examined under a microscope, the technique of formation is completely different from that of other strains. You can’t generate any spore prints, and spore syringes are the only method to get your hands on Penis Envy mushrooms. Shop now at Speed Greens for all the shrooms Canada has to offer for you.