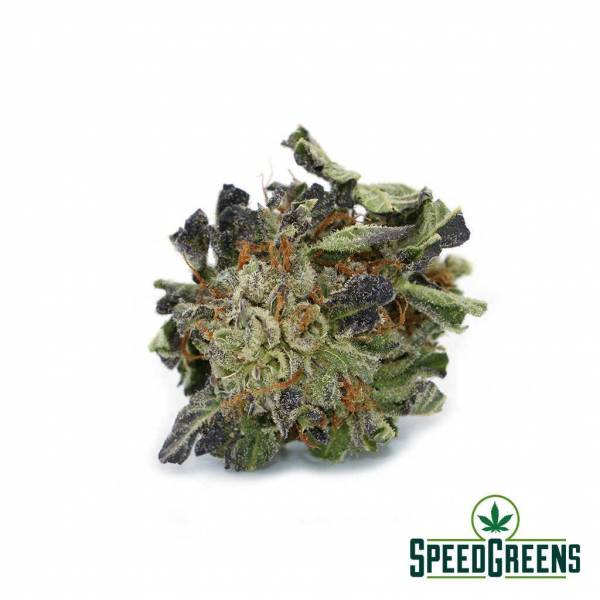 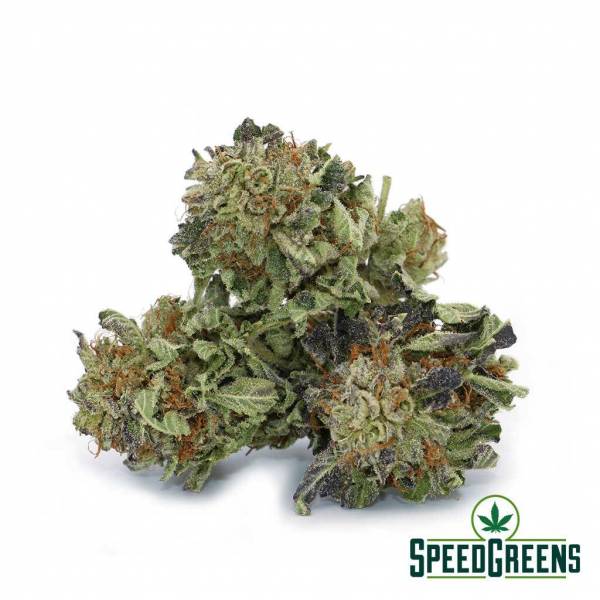 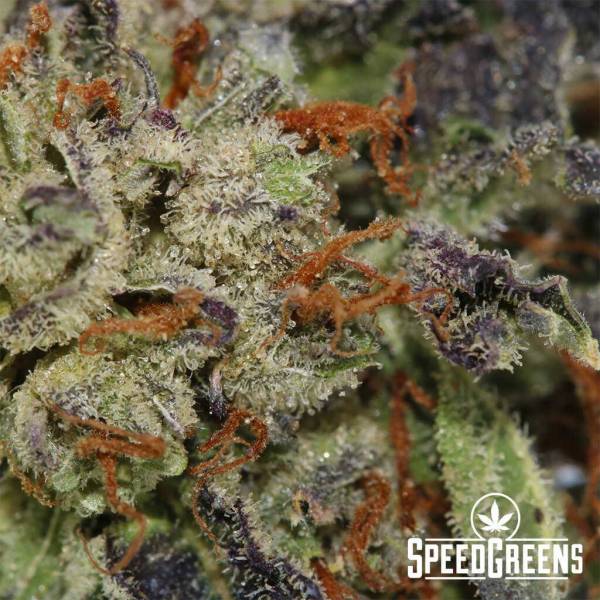 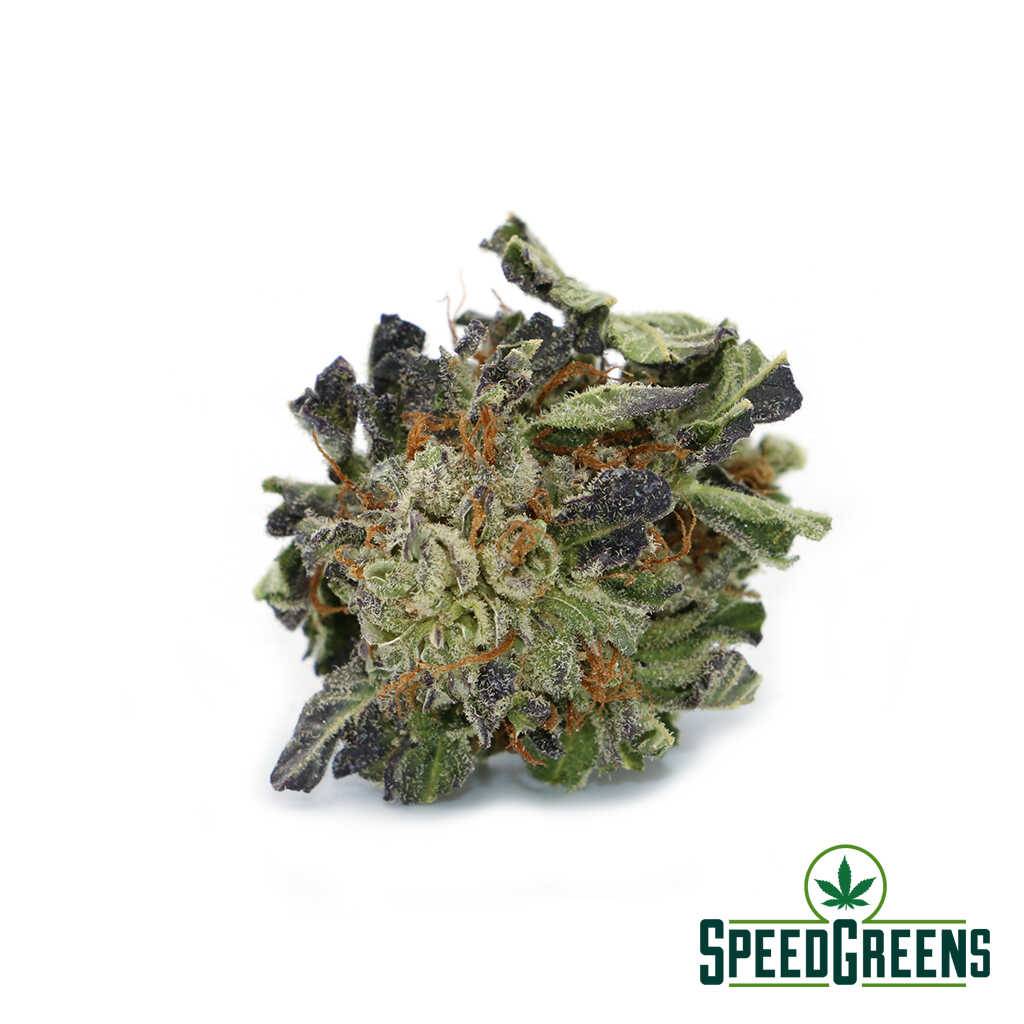 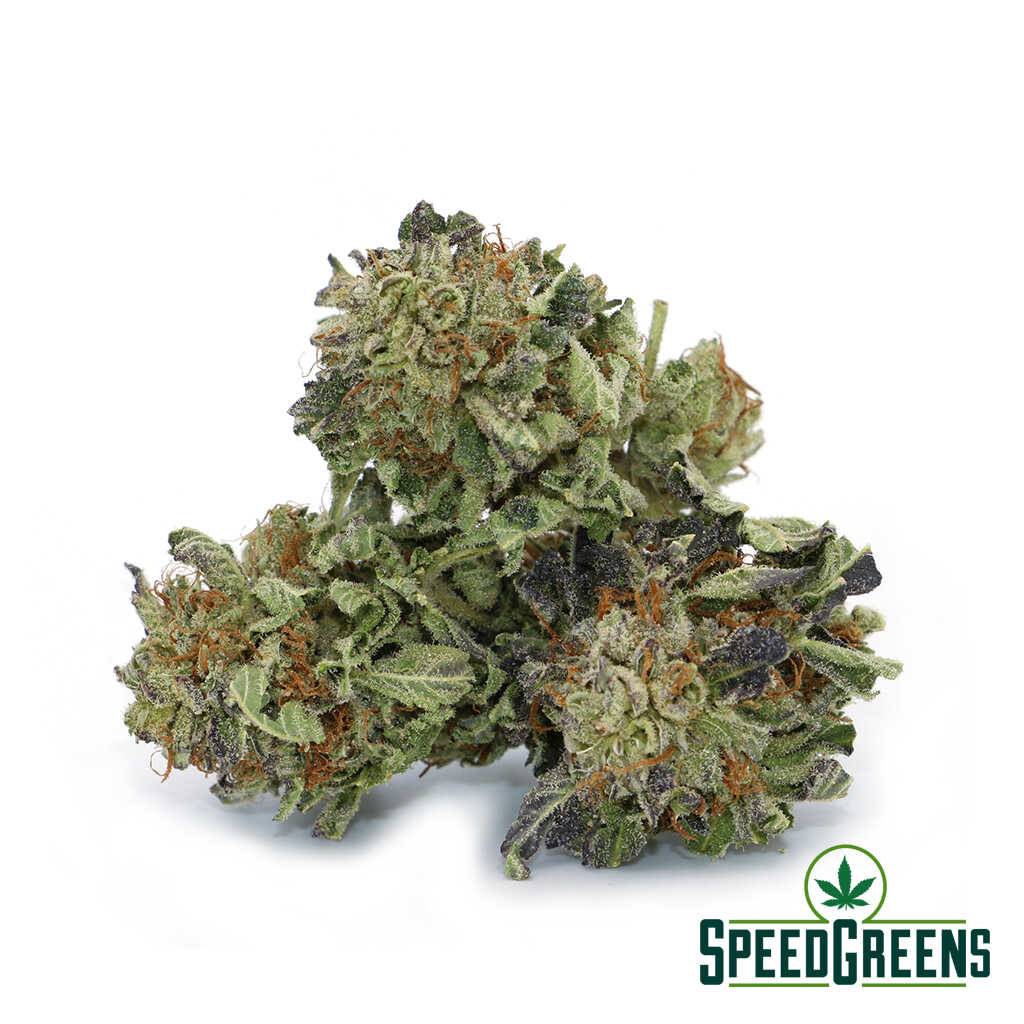 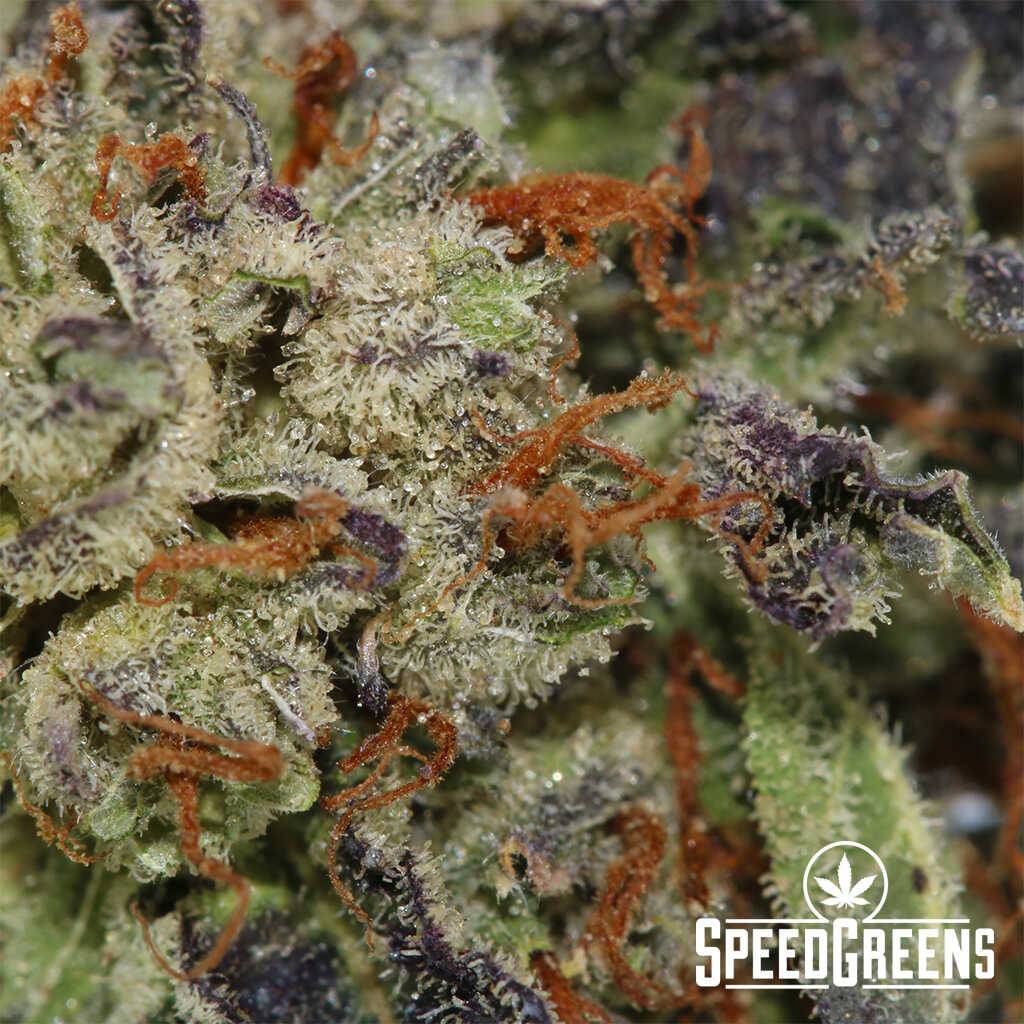 A heavily sativa-dominant hybrid, Purple Skunk is a cross of the ever-popular Skunk #1 and an older, more obscure purps strain. The sativa/indica ratio is roughly 85:15, so expect creative cerebral effects with a strong dose of euphoria, a tingling sensation, and powerful hunger. That makes this a good strain for treating lack of appetite, though it’s also effective with anxiety, depression, migraine headaches, chronic pain, insomnia, and daily stresses. Purple Skunk has relatively high THC content, topping at least 18% in tests, and that makes for potent psychoactive effects that may be too strong for newcomers and part-time tokers. CBD levels are likely quite low, given the abundance of THC, but since they’re not widely reported, it’s hard to know. For that reason alone, Purple Skunk shouldn’t be used as a CBD strain for patients whose conditions require that chemical. This strain tastes of berry, earth, and Skunk, while it smells much the same. Reported side effects include watery eyes, cottonmouth, dizziness, headaches, and paranoia. Though popular among those who have tried it, Purple Skunk isn’t widespread; it’s easiest to find in Washington State, Oregon, Montana, Arizona, and California.

Capulator is an old school grower in a sea of fres