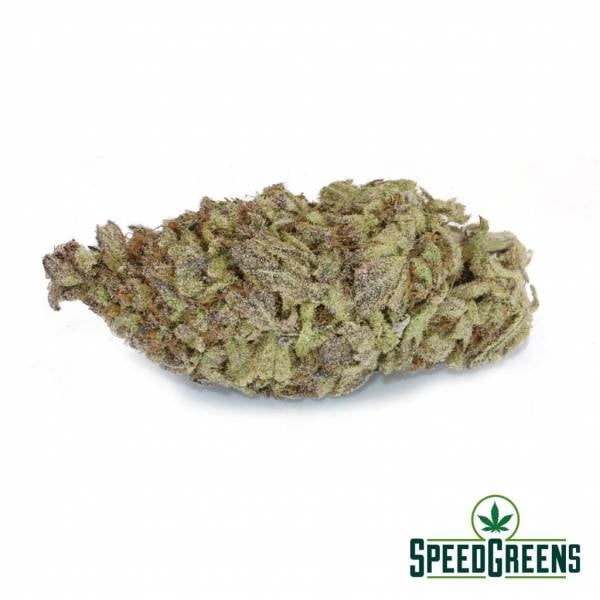 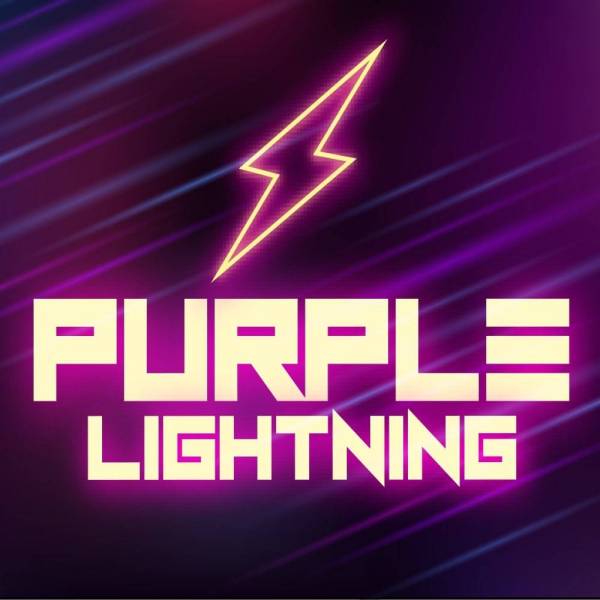 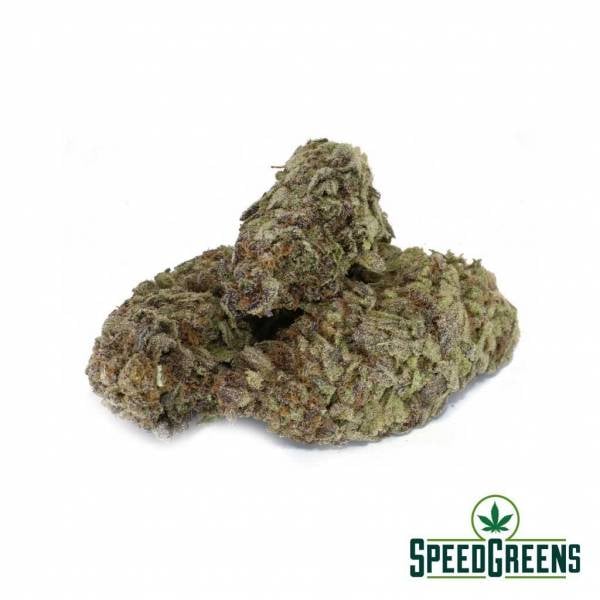 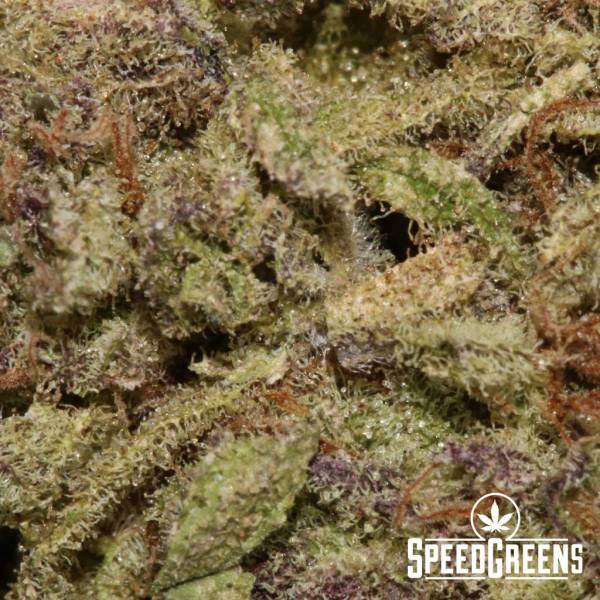 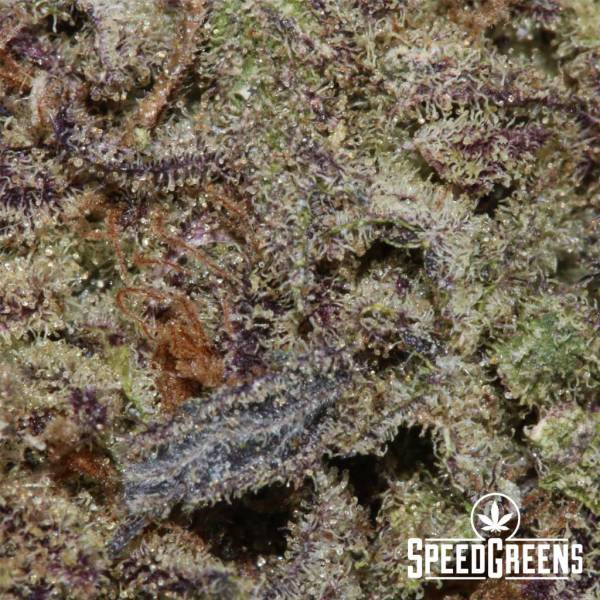 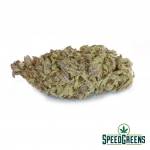 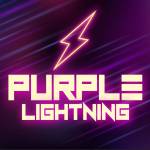 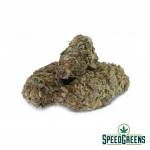 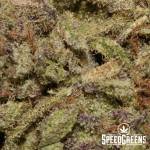 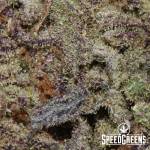 Purple Lightning apparently refers to two different strains, one a modest sativa-dominant strain and the other a potent hybrid with unknown sativa/indica ratio that resulted from a cross of Trainwreck and OG Kush. The first is probably the more popular, if only because the second Purple Lightning – our version – is hard to find. THC levels are unclear, and the same is true of CBD concentrations. But the strain’s appearance and lineage suggests it’s quite strong. The bud is light green with strands of purple and a heavy layer of resin-soaked trichomes. The aroma is musky, with tones of lemon, pine needles, and spices, while the flavor is similar. The sativa-dominant genes of this version of Purple Lightning provide a strong cerebral punch with powerful euphoria and an energy boost. These traits make this strain perfect for treatment of depression, anxiety, physical fatigue, mood disorders, and nerve pain. Cottonmouth is the only widely reported adverse effect, though red eyes or paranoia may also occur. The other Purple Lightning is fairly easy to find, while this one is a rarity. Look on the West Coast first, but don’t expect to succeed anytime soon.