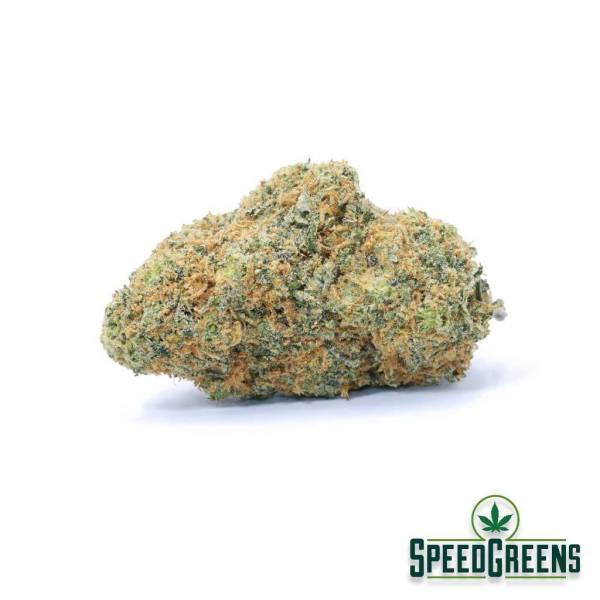 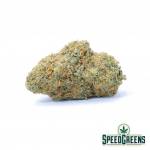 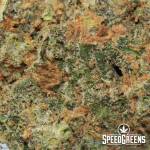 L.S.D. is an Indica-dominant strain, named after a potent psychedelic drug because of the strain’s extremely psychedelic and cerebral high. The strain starts with an upbeat sense of happiness that can cloud the mind and leave some users completely confused and “mentally stuck.” Some users claim to feel more creative or social after using L.S.D. in spite of the strong cerebral stimulation.
This degree of mental stimulation is quite rare for an Indica. Not surprisingly, L.S.D. also has typical Indica-based body effects. Users often notice the powerful body numbing 1 to 2 hours after ingestion, once most of the cerebral effects wear off. The negative effects may include cotton mouth, dry eyes, dizziness, headaches, and minor paranoia.
L.S.D. is a cross between a Mazar and a very old variety of skunk, Skunk #1, created by Barney’s Farm. While this strain is not recommended for new growers, it is quite easy to cultivate as it is resistant to many diseases and can be grown both outdoors and inside. With a long flowering period of between 65 and 78 days, L.S.D. can produce up to 650 grams per square meter. Rarely exceeding 60 centimeters, the strain usually finishes in April in the Southern hemisphere and October in the Northern. This strain can have a THC count of up to 24%.

Our newest addition to the live resin collection.

Are you on or over the age of 19? No, I am under 19
You've just added this product to the cart:
{{ shop.money_with_currency_format }}
SHOPPING CART