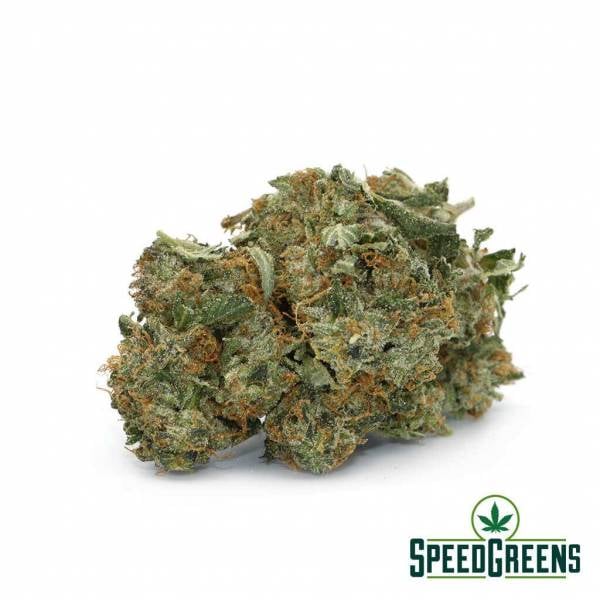 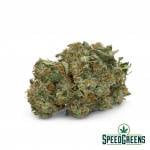 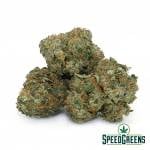 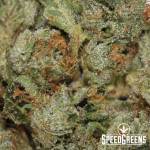 Godzilla is a 100% pure indica strain that was created by breeders at the Cana de Espana farms. This dank bud is a phenotype of the infamous God Bud strain and boasts an average THC level of a moderate 15-18%. Godzilla gets its name from its extreme potency and length of its high – it lasts 4 hours on average! Patients describe the high that comes from smoking Godzilla as a crushing euphoria and sedation that slowly ebbs into clear-headed functional bliss. The onset of couch-lock peaks quickly, but then easily transitions into an active cerebral head high. Because of this swing from sedation to activation, Godzilla is not an ideal medication to be used at night. Godzilla is often used by patients who suffer from conditions such as anxiety disorders, including social anxiety, and severe stress and depression. Some patients use it as a pain-reliever as well, but only for mild to moderate pain. Godzilla has a pleasant sour berry taste with a hint of vanilla upon exhaling, and a sour berry smell with a touch of spice. This bud has bright lime green nugs that are dense and fluffy with purple hues and a blanket of white trichome crystals.

SKU: GZ-aaaa Category: Out Of Stock