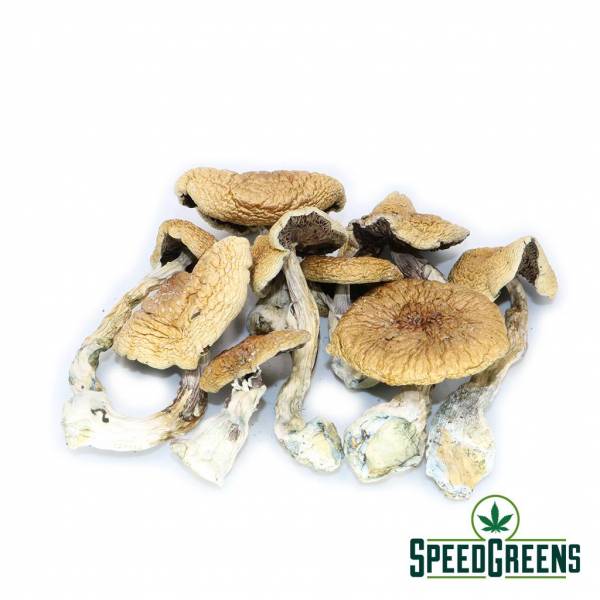 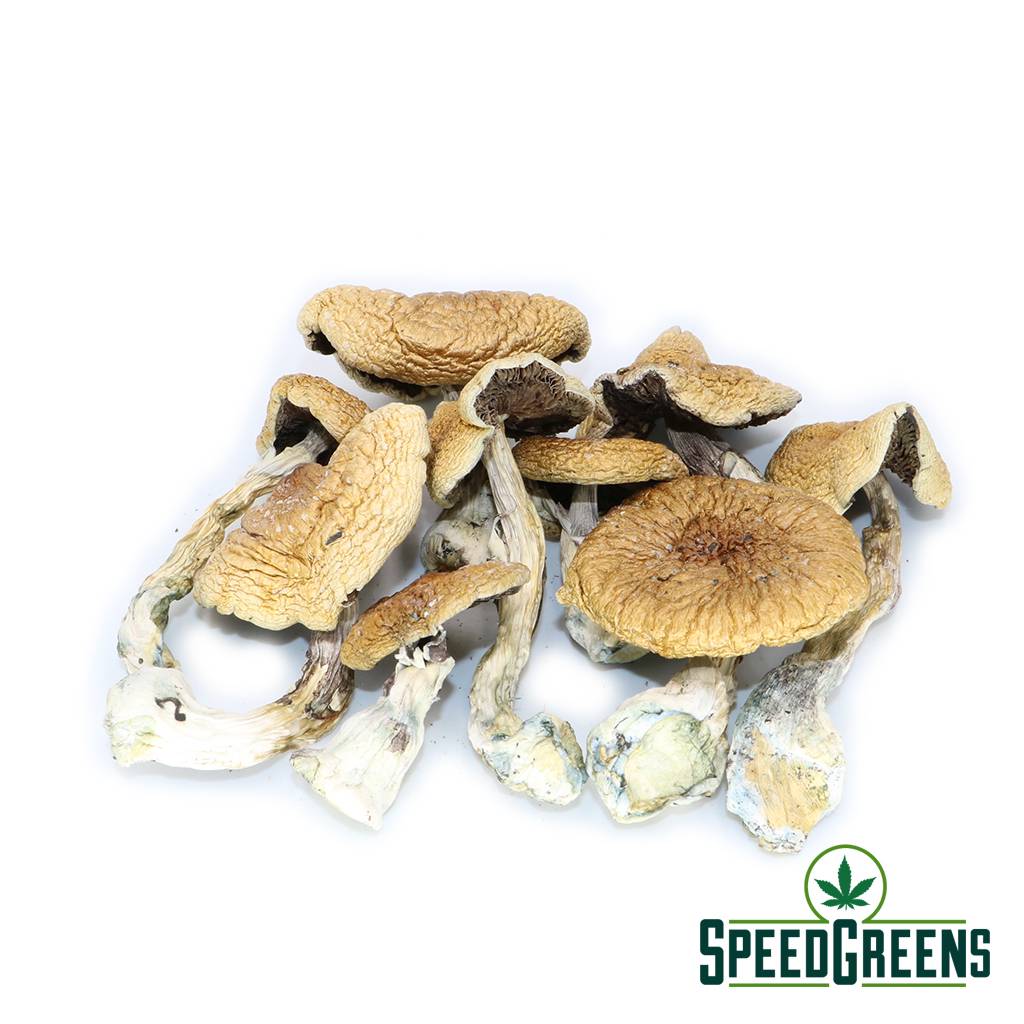 The African Transkei Cubensis is a highly potent strain of psilocybin mushroom known for producing an extremely prominent body high, and fantastic visuals. The African Transkei originate from South Africa – our first records of them indicate that they were collected in 2002, in Transkei (the Wild Coast region of South Africa.) They were spotted directly growing atop dung under the shade of trees.

Since that time, the strain has been isolated and researched extensively. In appearance, they are known for their small orange/brown/white button caps and twisting gnarled stems. Unlike many psilocybe cubensis strains, the African Transkei have a veil that remains connected to the cap for a very long time, sometimes not even tearing, meaning its remnants remain on the stem as well as the cap.

The high from the African Transkei is something out of this world. While not regarded as the most spiritually enlightening mushroom, the visuals produced from this strain constitute an absolute firework show: a stunning combination of tracers, lights, and geometric patterns, moving and building on one another in a mesmerizing choreography, it truly has to be experienced to be appreciated. It is one of the most visually evocative highs you are ever likely to experience.

Magic mushroom  treat that will last for days

The high that comes from the African Transkei is out of this world. While not the most spiritually illuminating magic mushroom, the visuals created by this strain are quite spectacular. Transkei mushroom . A dazzling blend of tracers, lights, and geometric patterns that move and build on one another in a fascinating ballet that must be seen to be appreciated.

Feel your mind expand with this magic mushroom

Despite the magic mushroom creating what is known as “the mushroom yawns,” the effects of African Transkei on the body are lively. You may anticipate feeling your skin tingling, a fit of laughter, or a simple burst of energy that will make you want to dance. A Transkei mushroom can have a variety of mental impacts. As African Transkei shrooms expand your mind and help you to see beyond the present, users describe feelings of exhilaration, observations in the area of mind change, and even spiritual experiences.

A powerful magic mushroom with a visual and emotional signature

Their little orange/brown/white button tops and twisting gnarled stalks distinguish them visually. The African Transkei, unlike many other psilocybe cubensis strains, has a veil that stays attached to the cap for a long period, sometimes without even separating, leaving pieces on the stem as well as the cap. This is a relatively new magic mushroom strain, but it’s a powerful one. The bodily feelings you may experience after ingestion are obvious, but the sights are what most people are looking for when they purchase any Transkei mushroom online.

The chemical component in these shrooms is psilocybin. The hallucinogenic properties of this substance are well-known. Shrooms usually take 30-60 minutes to have an effect on a person. Around that time, the peak effects normally kick in. Ingest the dried mushrooms directly or put them in food, drinks, capsules, or edibles.

A strong and potent magic mushroom for your enjoyment

There are about 180 different species of hallucinogenic mushrooms in the globe, but Psilocybe Cubensis is the most frequent. African Transkei mushrooms are a subtype of the more common Transkei Cubensis. The Psilocybe Cubensis magic mushroom is among the most powerful in the world. They’re also the most secure. These mushrooms are non-toxic and do not establish a habit. The African Transkei Cubensis is a highly powerful psilocybin mushroom strain that produces a strong body high and stunning visuals for an unforgettable experience. The African Transkei shrooms are native to South Africa. Our earliest recordings of them date back to 2002 in Transkei (South Africa’s Wild Coast region). They were discovered immediately growing over manure beneath the shade of trees. Grab a Transkei mushroom for your next psychedelic adventure!